The Supreme Court of Alabama recently issued a significant ruling in the area of Real Estate law, in regards to Riparian rights or the rights of landowners whose property borders on a body of water or watercourse. As a Real Estate Lawyer located in Mobile, I always take an interest in cases dealing with coastal real estate law. Mobile is known as the port city after all. In a case that originated in Baldwin County and involved an owner’s construction of a pier that would possibly conflict with regulations of the Department of Conservation and Natural resources, the department issued a pier permit to the landowner because applying the regulatory set-back requirement would encroach on the general common-law right possessed by all owners of riparian or waterfront property that allows the owners to “wharf out” to waters of a reasonable navigational depth. Schramm v. Spotswood, No. 1110794 (Ala. Oct. 19, 2012). The dispute concerned the boundaries between three lots located on the eastern shore of Mobile bay about one mile south of the Grand Hotel at Point Clear. The construction of the new pier caused the neighbors some concern their view of the sunsets and the Grand Hotel would be obstructed. The court held in this case that this common-law right was previously recognized in Alabama and many other jurisdictions. Cove Properties, Inc. v. Walter Trent Marina, Inc., 796 So.2d 322, 326-27 (Ala. Civ. App. 1999), reversed in part on other grounds, 796 So.2d 331 (Ala. 2000). The court held that the Department of Conservation and Natural Resources decision to allow the pier was not clearly unreasonable. 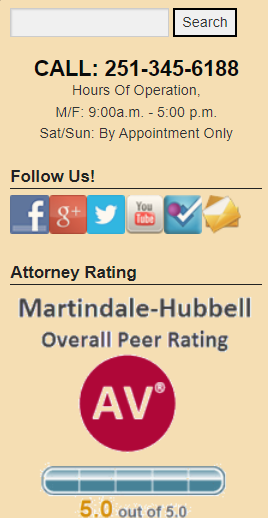